A 15th-century painting of a studious priest became Threefold Architects’ point of reference for the design of Airbnb’s latest office, located in central London.

“Furthermore, an extensive staff survey was undertaken to establish what each member of the team felt was their key priority for the new space in addition to providing us with a wish list,” said Driscoll. 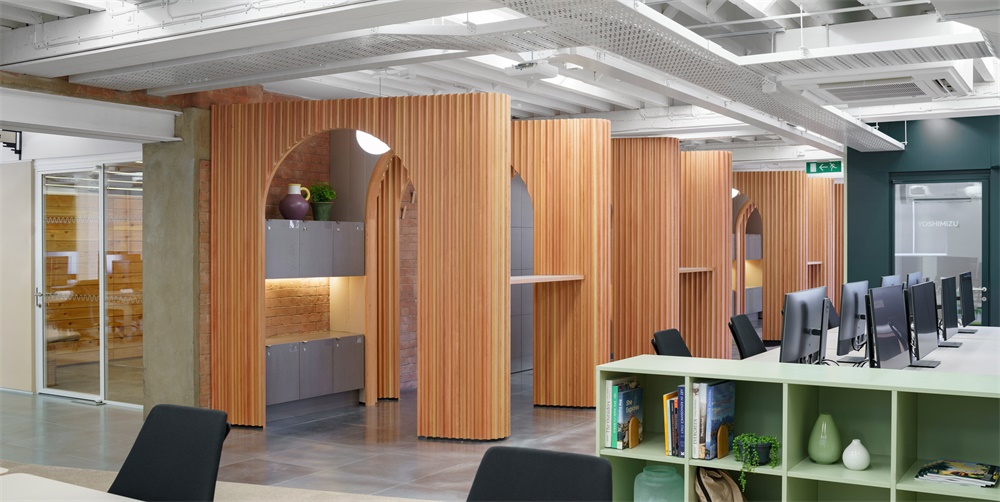 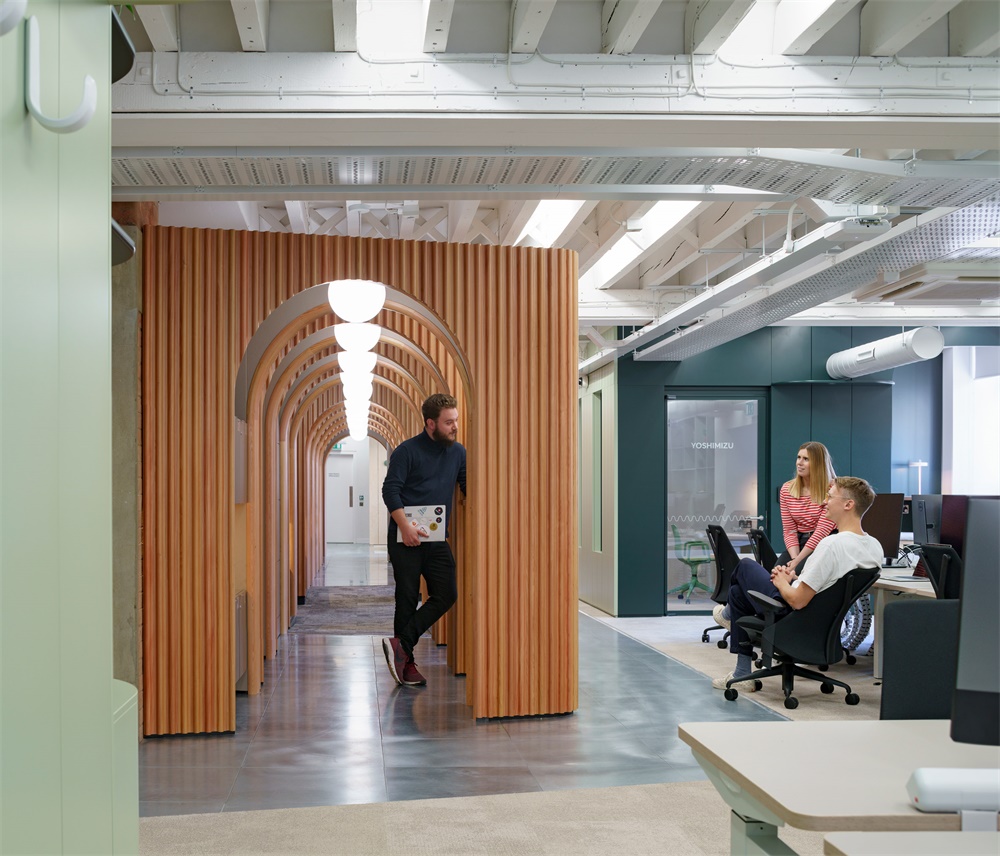 The resulting office is anchored by a covered walkway – also known as a stoa – that’s crafted from fluted panels of Douglas fir, and punctuated by a series of arched doorways.

It takes direct reference from a 15th-century painting titled St Jerome In His Study by Italian artist Antonella de Messina. In the artwork, a grandiose church archway frames the scene of a priest reading at a desk, surrounded by books and worldly ornaments. 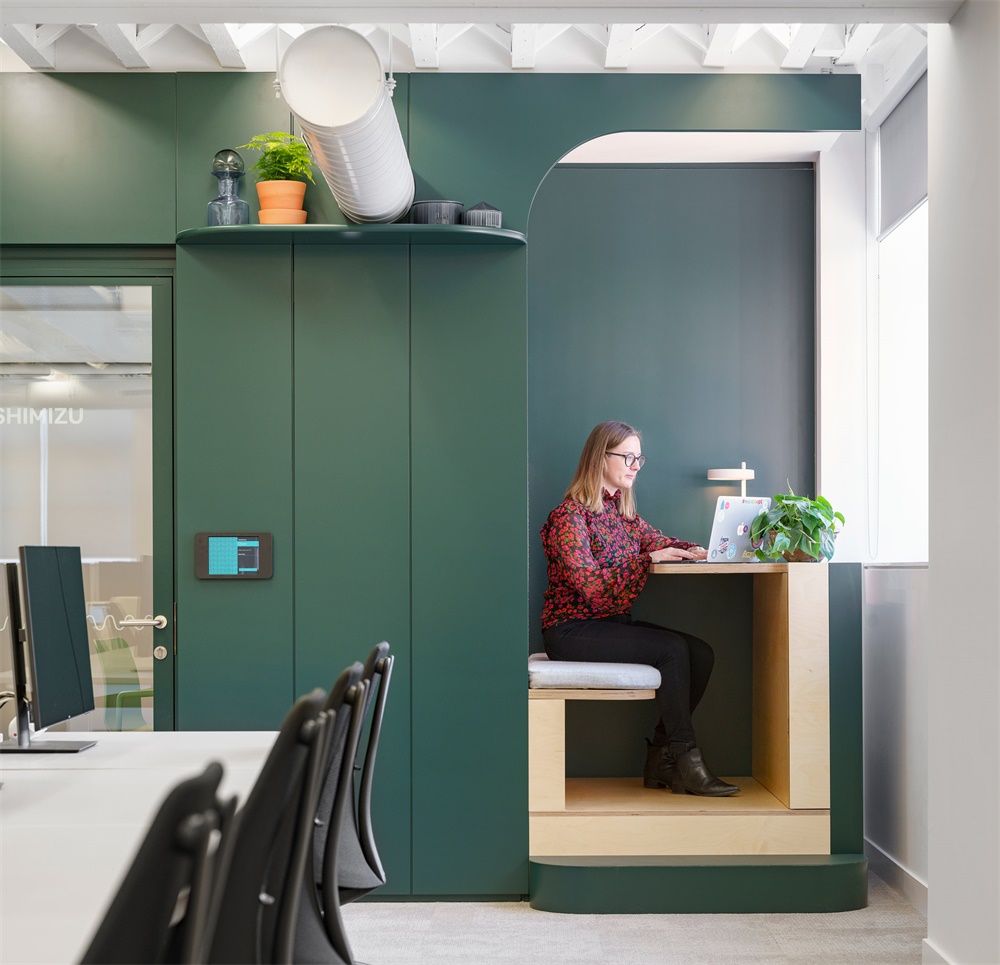 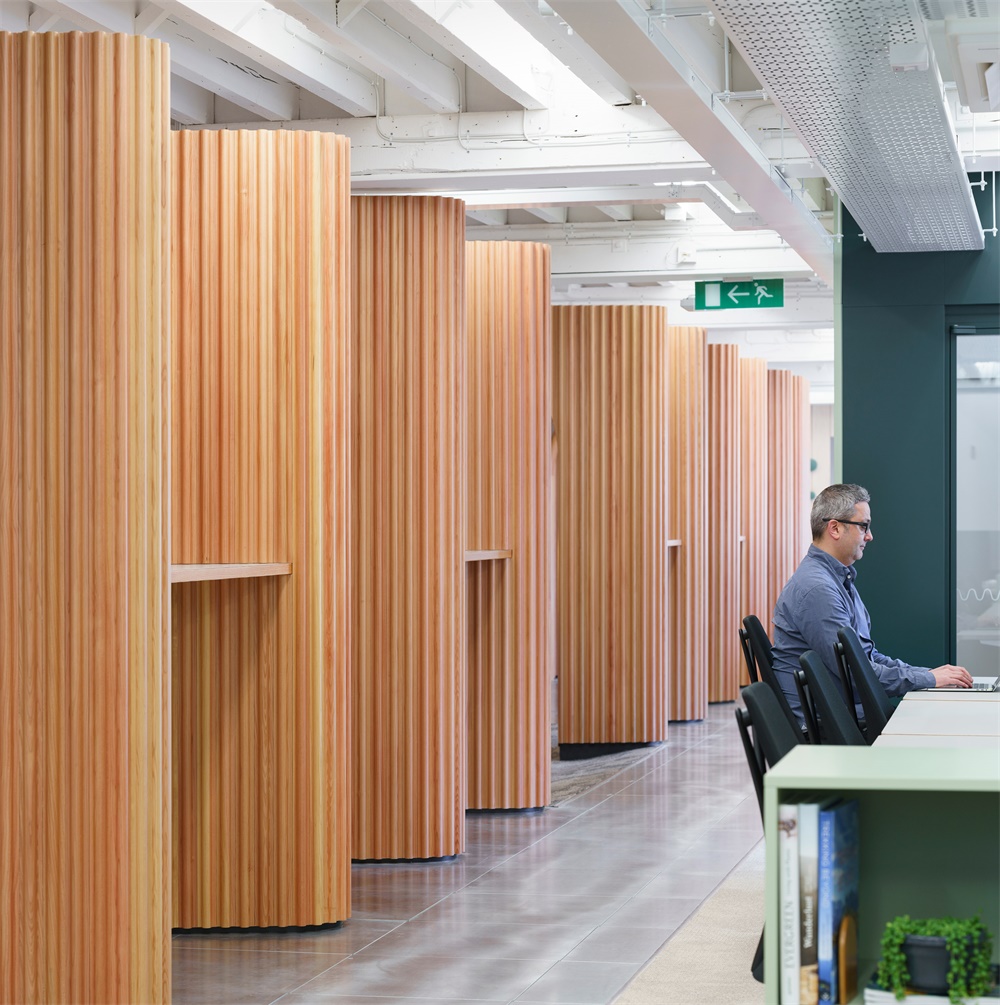 “We enjoy finding inspiration in unusual places, I saw this painting on a visit to the National Gallery at the time we were working up the initial ideas for the project,” explained Driscoll.”The protagonist’s study is depicted [in the painting] not as an enclosed room, but as a piece of joinery within a host space – it reads as a room within a room, as both architecture and furniture,” he continued.”This felt quite pertinent to the kind of spaces for working which we were aiming to create.”

Lockers and grey seating-banquettes have been incorporated into the rear wall of the undulating walkway, while planks of wood have been erected between the front, column-like elements to form standing-up desks for staff. A row of spherical lamps also run through its centre.The entire structure backs onto the office’s core block, which accommodates a kitchen, meeting rooms, and a handful of private booths where individual workers can escape to work alone. 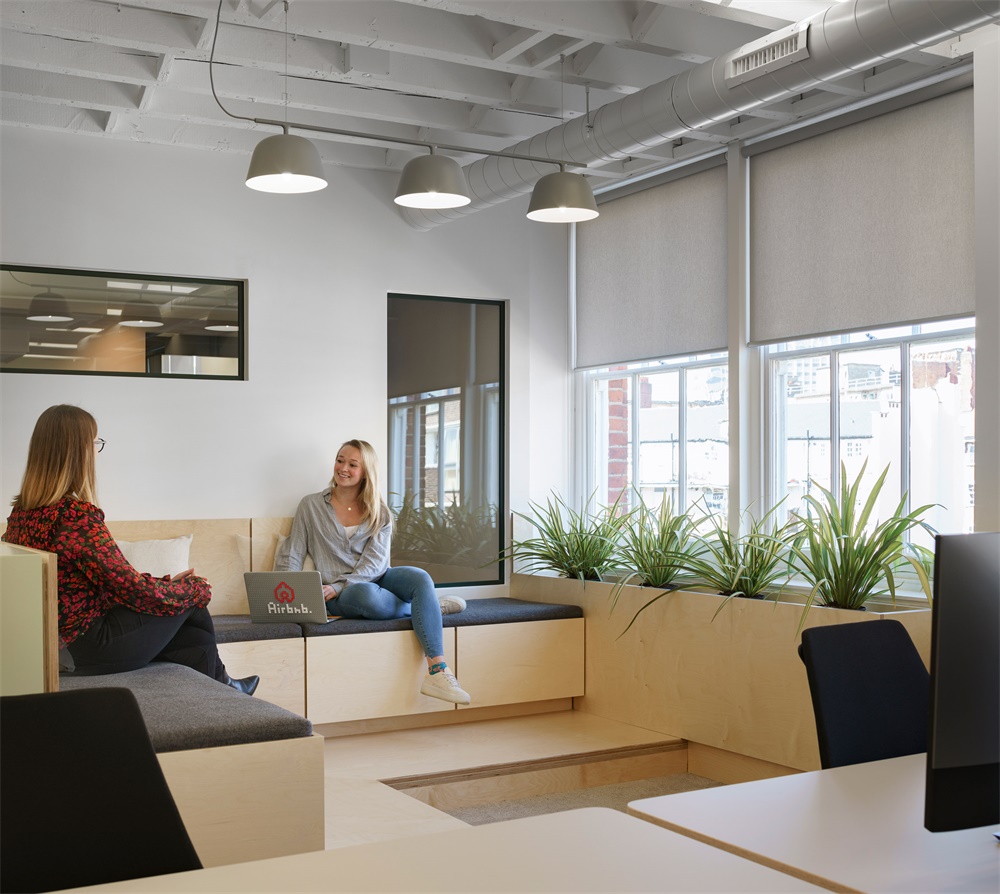 The remaining three sides of the office floor plan have been arranged to evoke the same atmosphere as fora – public squares or marketplaces where communities could openly gather in Ancient Roman cities.Partition walls have been traded for small groupings of furnishings, ranging from long, communal desks to more relaxed sofas and armchairs.

Extra storage and workstations have been incorporated into the forest-green and sage-coloured joinery that lines the office’s walls. Break-out areas with stepped seating have also been built into the room’s corners, where music is played and staff can chat. 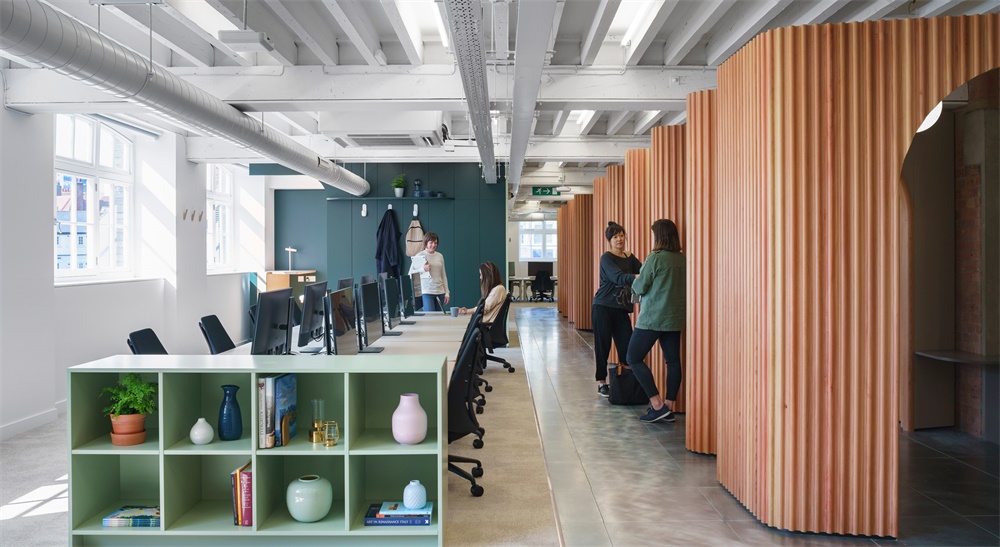 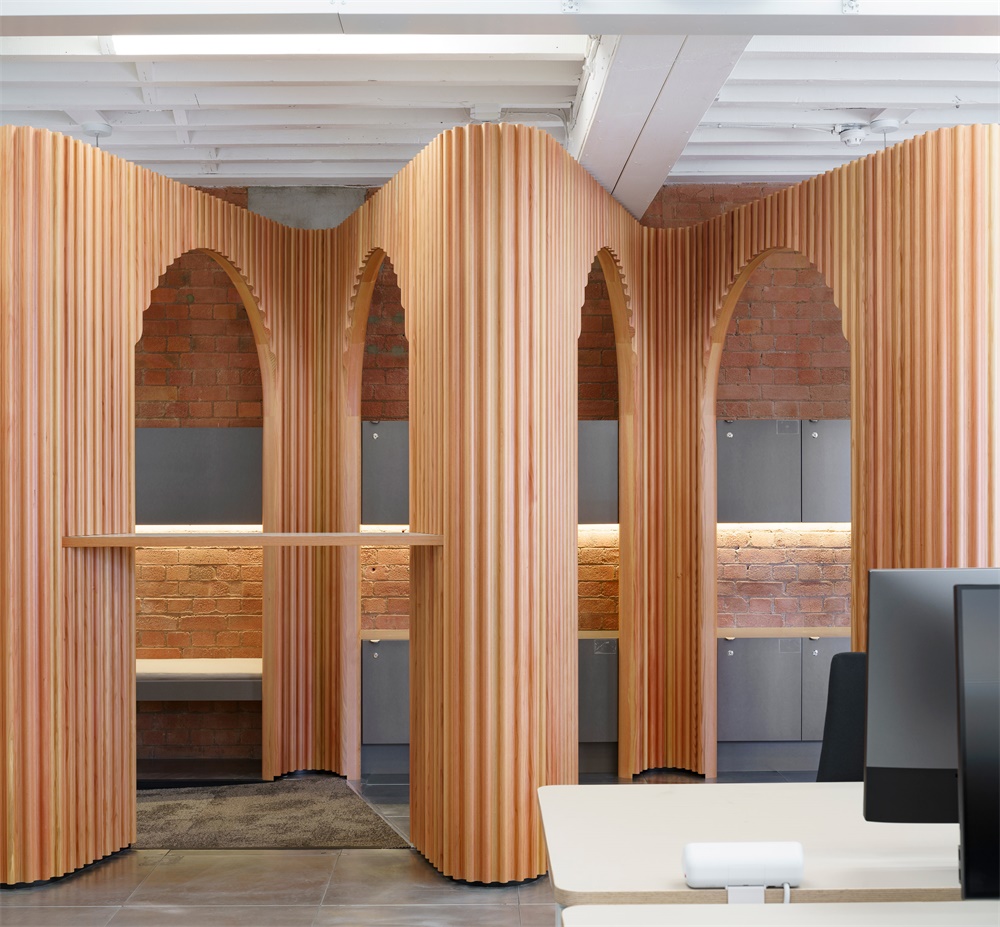 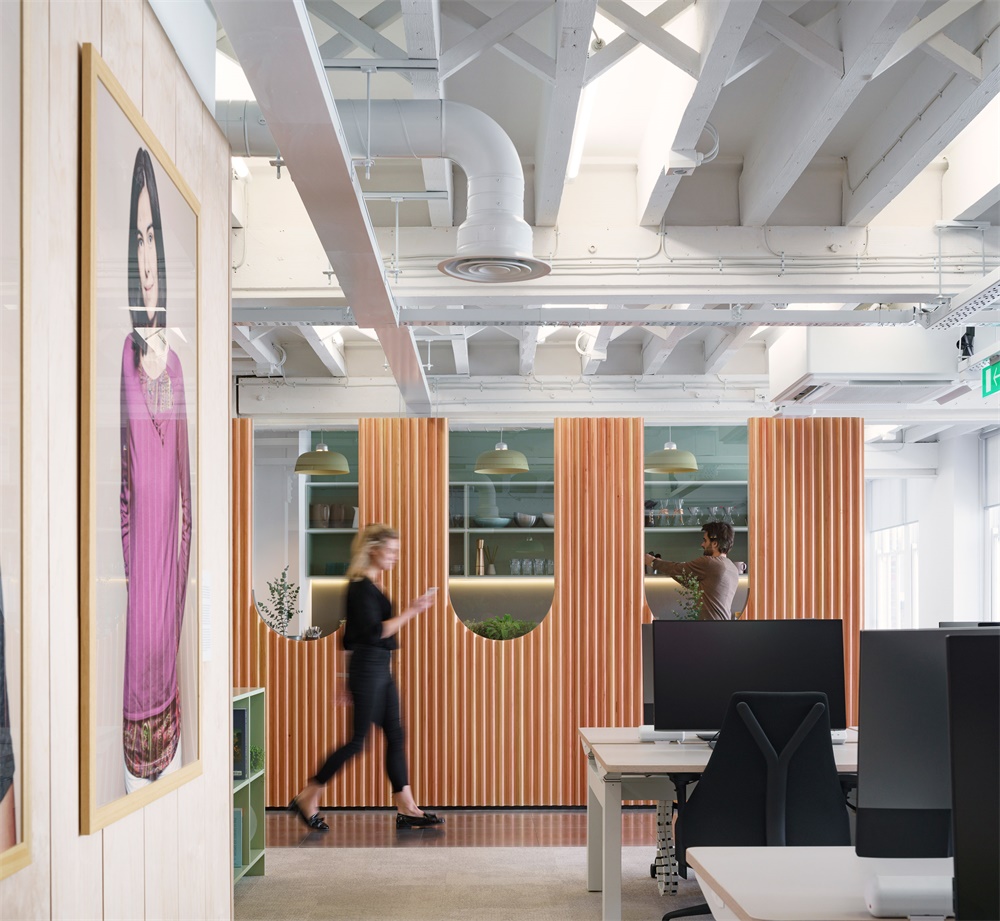 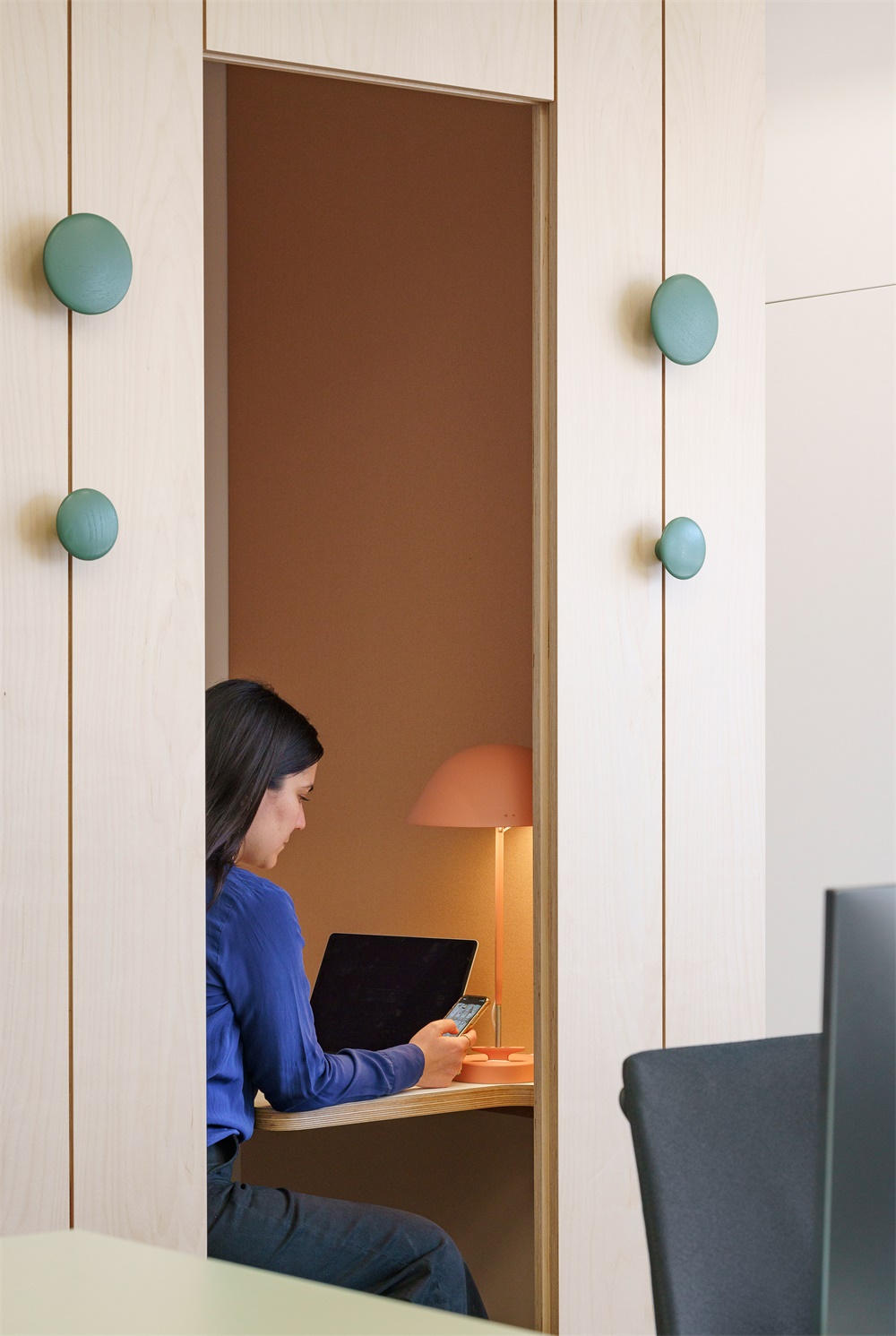 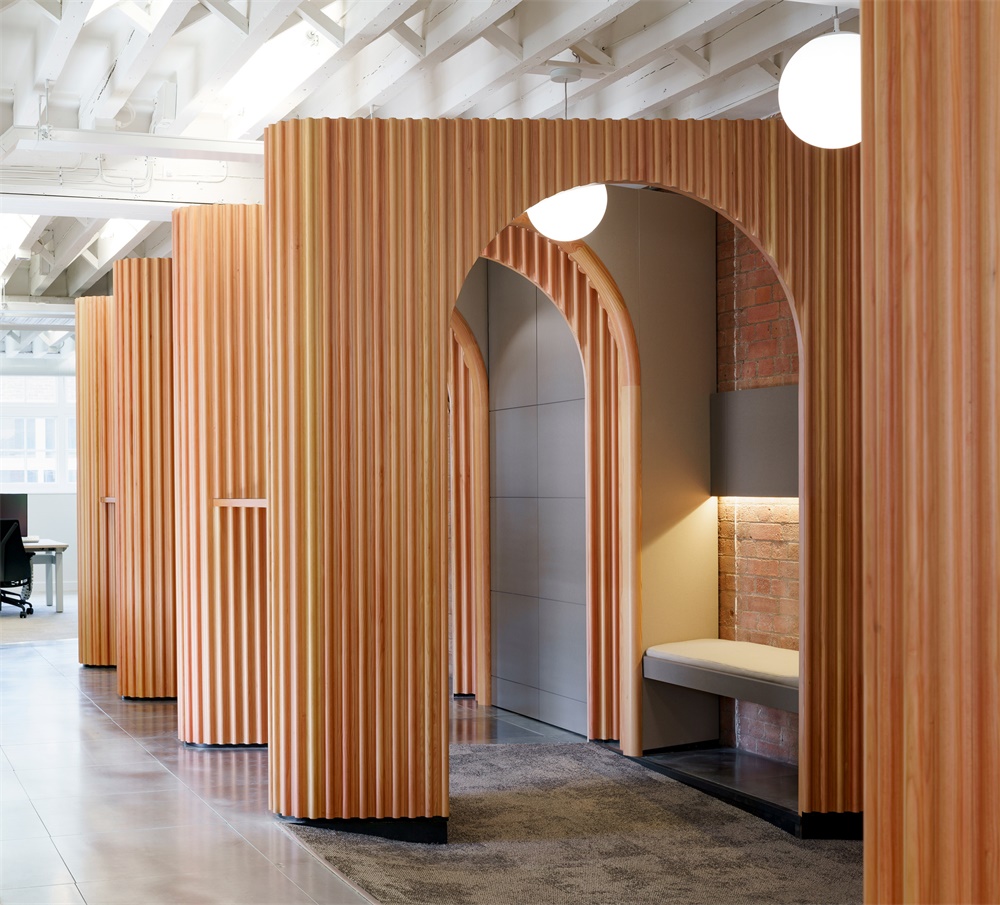 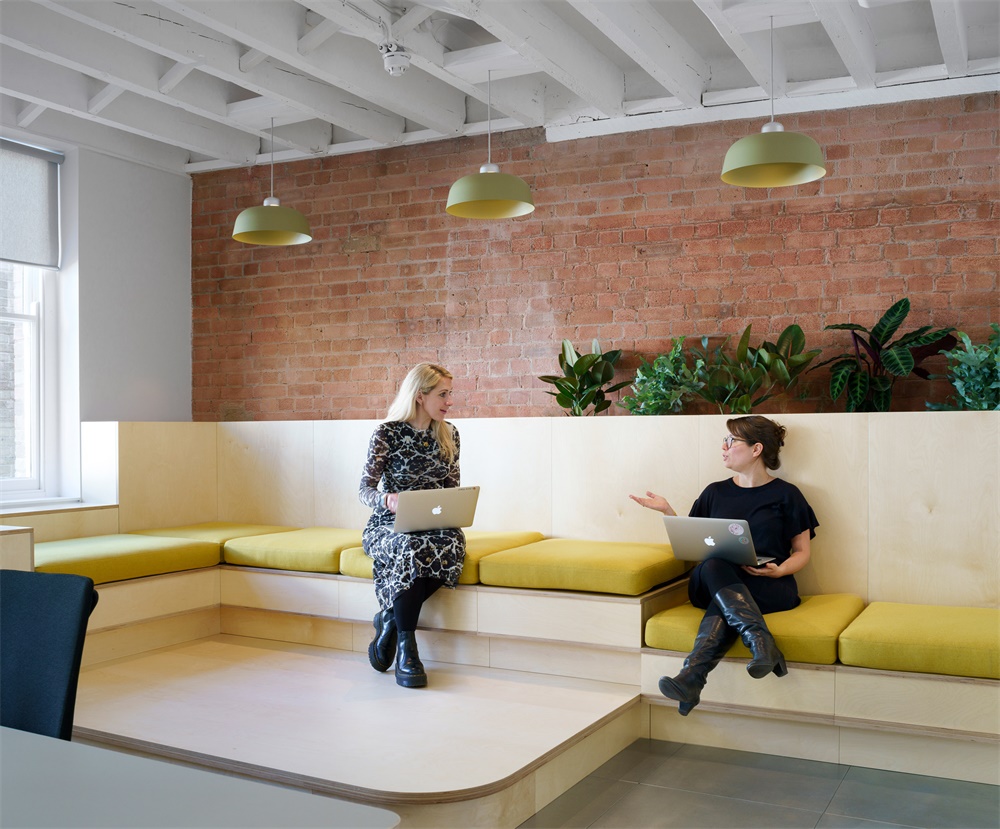 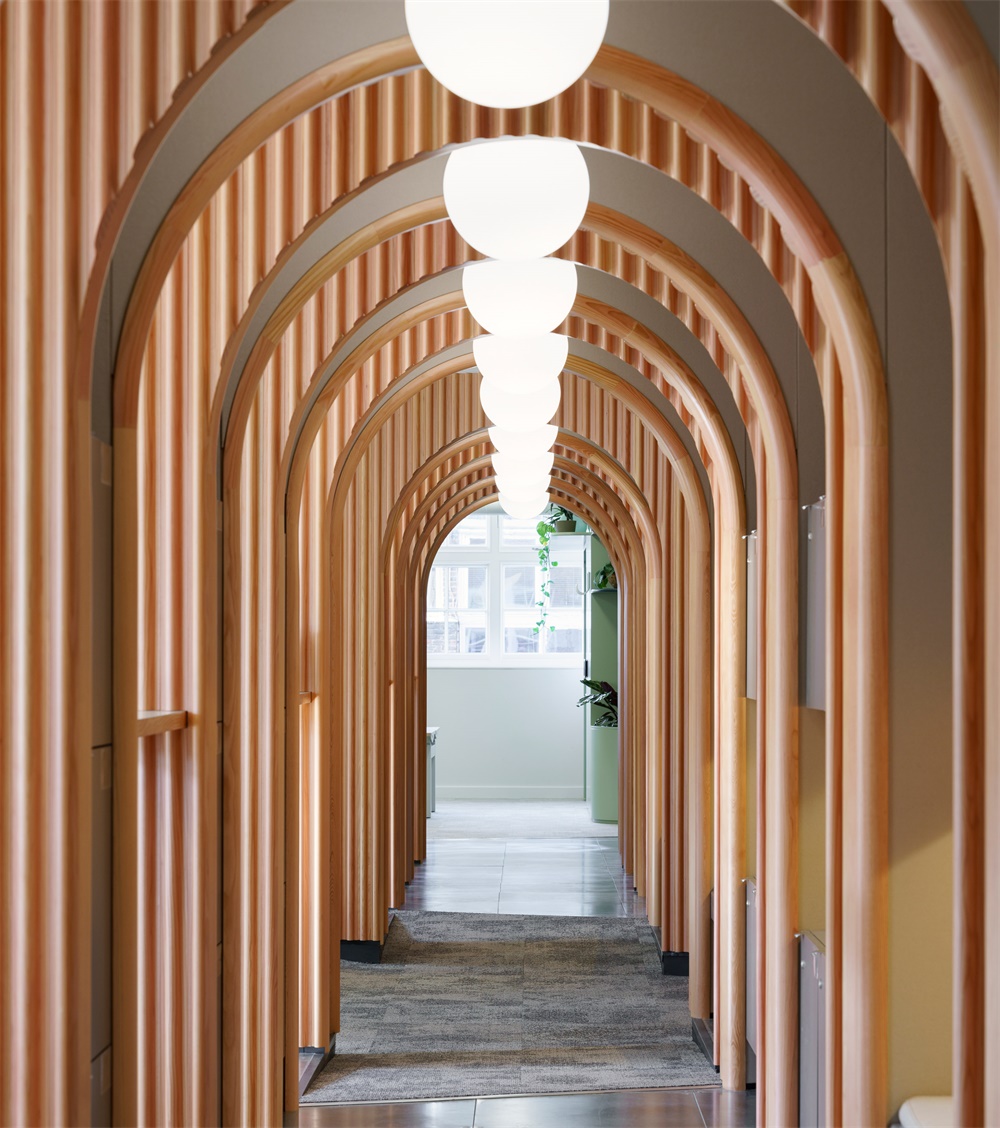 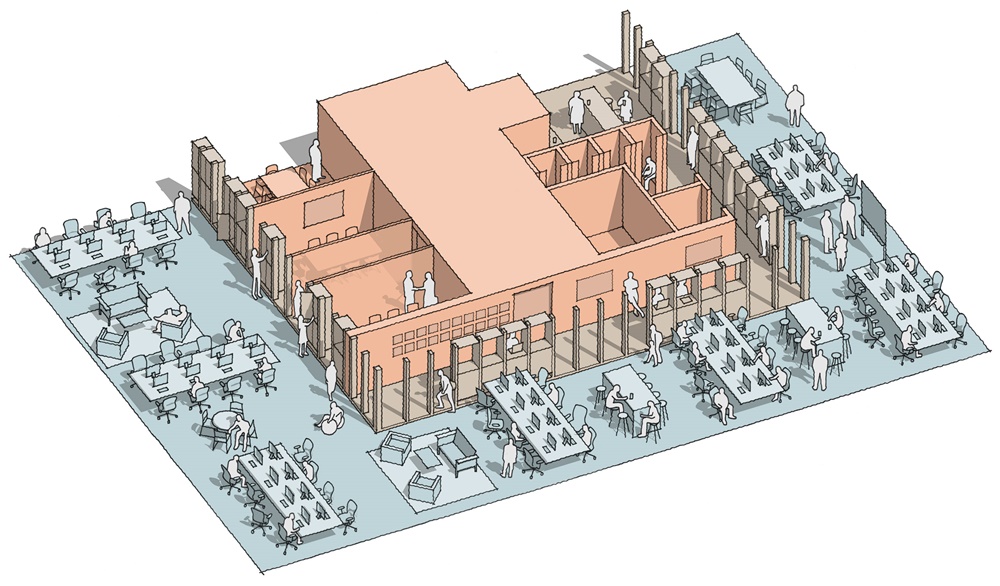 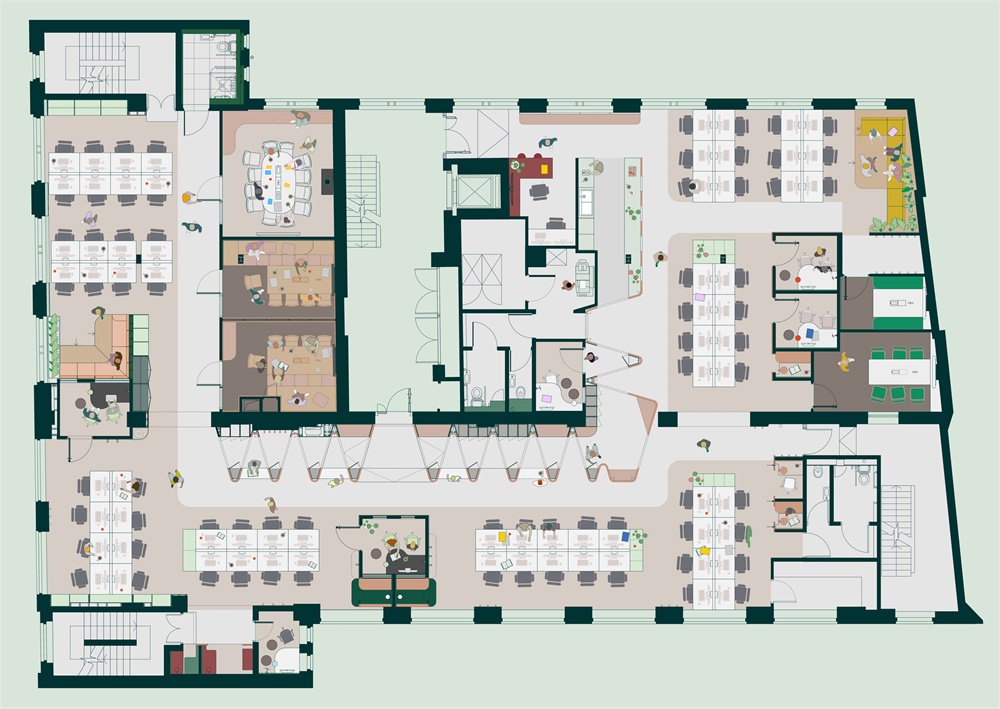 ';
关闭
Start typing to see products you are looking for.